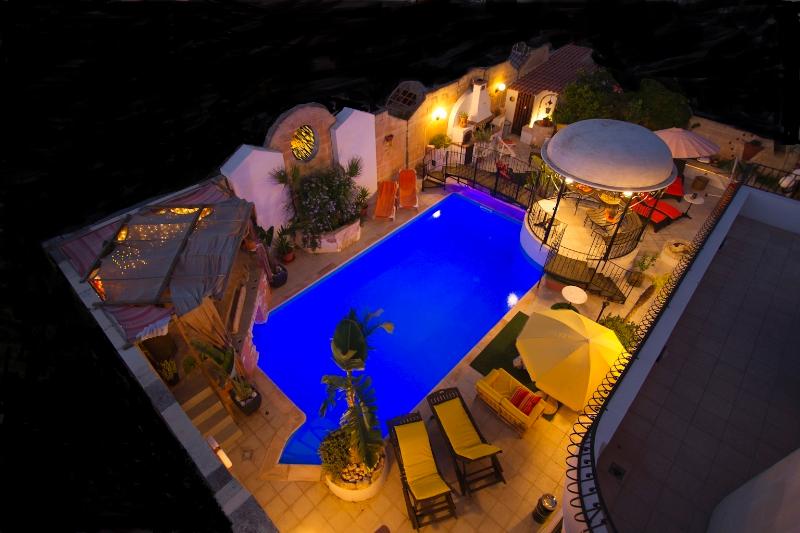 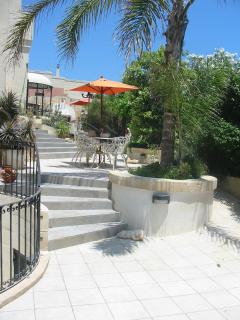 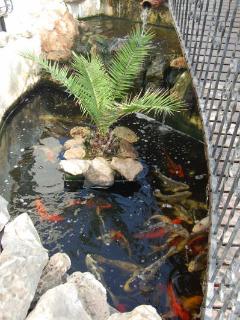 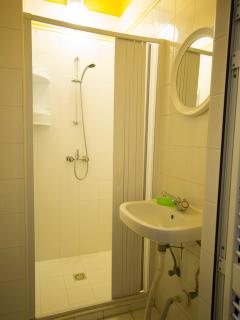 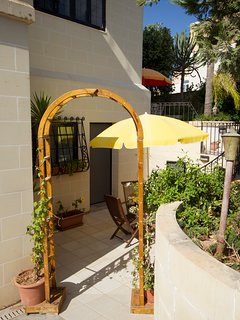 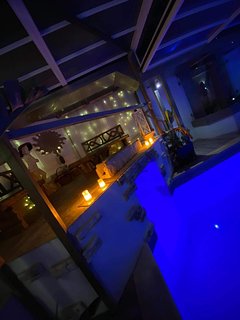 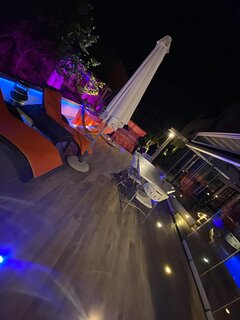 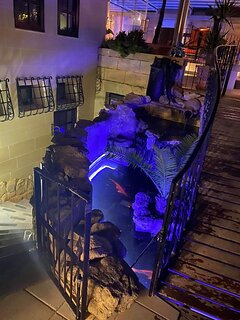 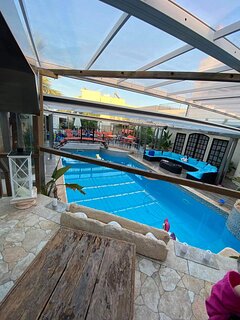 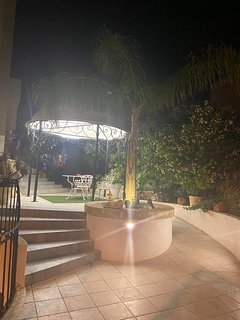 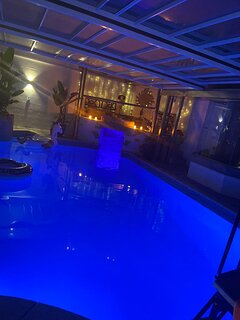 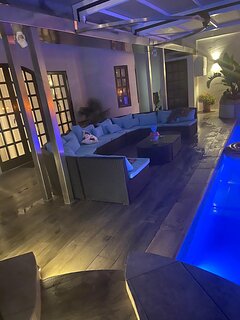 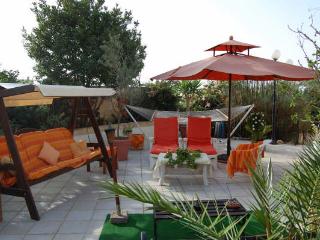 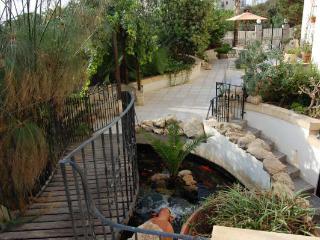 Mostra traduzioni automatiche
Data del soggiorno: settembre 2015
Aspetti più apprezzati: The pool was great
Aspetti meno apprezzati: A few things........... see review
Ho viaggiato con: Young Children
Consiglieresti questo hotel ad un amico?   No.
Questa recensione è stata utile? Sì
Questa recensione rappresenta l'opinione personale di un viaggiatore di TripAdvisor e non di TripAdvisor LLC.
Scritta inizialmente in Inglese su www.tripadvisor.co.uk. Vedi l'originale
I had tried to contact the guests, both by phone and also by email, to try and clarify some of their issues, but these never replied. For this reason I have had to reply to their complaints by way of this website, in the order they were received.

Please let me start by saying that it was a very unfortunate incident which happened to your mum. The cleaning company that we engaged earlier this summer have been released from their duties following this incident, however in their defence, I have to say that it was not the steps leading to the apartment, but these were the steps leading out of the complex; as our grounds, contrary to what the guests state later on in their review, are continually cleaned, and at the time of the incident there were 2 cleaning girls washing the stairs, with buckets, brooms, and soap, and it was clear to all that the floors were wet. upon seeing that you wished to go out another girl came to assist with finishing the works but you decided not to wait for them to finish. The fact that I came over with a cake was an impromptu reaction of my sincerest apologies and if there was more I could do, I certainly would have complied. No amount of cake or cakes would relate to the incident itself. I was, as you know, also ready to take mum to the hospital, and to see to her needs but you preferred to have your friend take her instead of us. I asked about mum on a daily basis, almost continuously, and also offered to take her again to the clinic to take out the stitches. I can assure you I never shy away from my responsibilities.

Our dog has never been reported to have acted in such a way and while I will give the guests the benefit of the doubt , I have to say that at the time the dog was very very ill with a heart failure and had hardly any energy to walk let alone to run. On receiving your complaint the following day, I put the dog away in his pen for the rest of your stay. The kind ladies that the guests mentioned in their review never mentioned anything about the dog, but they had often remarked that the guests' baby cried on a continuous basis, often spoiling the quiet they enjoyed. The guests fail to mention that our noticed, our dogs are well pampered and believe it or not these are often taken out on the leash by guests' children, under our supervision, for a walk to the nearby fields. The vented gate that you mention that separates the dog pen from the patio is totally blocked off, on the inside, with perspex. This was done to make sure that Sky Blue apartment will be literally shut off from any pet odours. If water seeped it is for the obvious reason that the pet pen door had been washed and some water must have seeped through, but I'm sure it was only a trickle, if any, as no other guests have ever made any adverse comments about this.

The TV in the Orange apartment was, as you mentioned, not working, and when I mentioned that I would be replacing this for you (we do keep spare TV's - nowadays these cost almost next to nothing), you had mentioned that your mum was watching the TV in the Sky Blue apartment. I was made to believe that a TV was not really necessary in Orange but this I should have realized that I should have replaced it anyway. As you also mention, a new fridge was brought in to replace the broken one, and so it wouldn't have been a big issue to also replace the TV. Had I known that a TV was an absolute requirement to you in Orange, I would have certainly complied without hesitation. I feel it is unfair that the guests have to mention something they did not require as a shortcoming on our part. While the patio in Sky Blue is private to you, it does not mean that one cannot use the stairs that pass adjacent to it as these also lead to other areas other than to the mentioned patio and so I feel this comment is unfortunately taking it a step too far. The guests write that they mentioned so many other things which needed to be put write, and so if this bothered them so much, why hadn't they mentioned it (we would have obliged by by-passing the stairs, even if this takes us a few more metres to walk - it would have been no big deal).

The lights in the pond had been playing up and instead of leaving the area in pitch darkness, and so risk having someone having another accident, it was decided to install additional lighting. The workmen assigned to do this work had arrived late afternoon to install a switch, adjacent to the hammock which you so liked; this required the drilling of just 2 holes in the wall. I cannot force my guests to sit elsewhere during this brief period (although there were many other places in the pool and garden areas which the guests could have availed themselves to, but it seems these decided to stay put). Had the noise been going on for the full 2 weeks, and not just for limited times, then I would agree that the place was not exactly a peaceful serene haven, but I assure you the works were carried out not only to make the garden area look more exciting but also because the pond lights were not providing enough light in this area to allow safe passage from one end of the bridge to the next, and we felt that this was a requirement and not some frivolous idea.

On the day our friends were over, I specifically remember asking the guests for their permission for our visitors; I recall that you had said that you were also going to be out that Sunday afternoon. Our friends, when invited over, fully understand that they cannot use the pool area when the apartments are rented out exclusively to one family (it must be mentioned at this point that these guests had NOT booked all the 3 apartments and so other guests could also use this place, and not just them); still I felt that I should ask for your go-ahead. I believe you had already made plans to go out that Sunday and not because our friends were coming over as this sends the wrong message. It was probably after you returned that there was a bit of a stir by the 2 boys, although in all fairness these were immediately stopped. I also wished to clarify that the pool, unless all the apartments are rented out together by the same family or group of friends, is a shared pool, and I don't think that the fact that the 2 boys also used the pool, under supervision, would have mattered even if you and the other guests also decided to use the pool all at the same time. I distinctly recall that you were not in the pool area at the time because it was only the other lady guests who were using the table to have drinks, in the company of a friend they brought over for the afternoon. I also wished to mention that I had no objection to you inviting your own friends over on a number of occasions, and by the same token, I would have understood that you also would not have minded us to do the same; I recall, and thank you, for having kindly asked for our permission to allow your friends to join you, and quite rightly I also reciprocated in the same manner. It is, for this reason, that the guests' comments are very one-sided and paint a different picture from the truth.

Our cleaners, as you know, are present daily; other than their apartment cleaning duties, they are also entrusted with the cleaning of the pool area, emptying of bins, ashtrays, etc. This work is normally done right at the beginning of the day or at the end of their working day; unfortunately they cannot be there on a continuous basis, and because our other lady guests always enjoyed a smoke in the garden, it was not possible for the ashtrays or the bins to be emptied continually. I was not aware that the bathroom had no toilet rolls at certain times but 2 daily rolls are replaced in the pool bathroom. If they go missing I have no control of that. At the same time, the cleaning of the barbeque is not usually our responsibility, but I believe our cleaners also attended to this the morning after it was used. You also make note of a pair of used swimming shorts which you said were found the day after our friends visited. I do recall these shorts because even I was baffled as to who these belonged to and quite honestly thought these were either yours or belonged to someone else, but certainly not to the 2 children we had visiting for a couple of hours that Sunday afternoon. You may perhaps have forgotten that the day after your arrival, we also had a group of young people (both male and female) who were staying with us in the Yellow apartment for just 2 nights (these had moved to Yellow, as planned with them months earlier, from one of our other apartments). It must have been that Sunday that this group of young men and women must have left this swimming shorts, and it was perhaps the first Sunday, and not the following Sunday that you may have noticed these. As you also know, the pool area is equipped with a clothes hanging rack which guests are welcome to use for their towels, etc. to dry off. I had assumed that this must have belonged to you, or that these guests may have left it behind, and so I decided to wait a while to see if it is removed (by you) and, failing that, I would then have to assume that this belonged to these young guests and so I decided to then put it away. It is important that facts are put right, however in our defence, I would also need to mention that it was not the first time that our cleaners removed dirty diapers from the pool bathroom - although we do take it as our responsibility to ensure that all common areas are kept tidy, it is certainly not in our chore to clear away personal or soiled items which could have otherwise been easily put away in the dustbin in the same toilet.

I can understand that the incident with your mum had a negative affect on your holiday, and for this and any other shortcomings that the guests mention, we can only offer our regret. The guests were a lovely family and despite their negative and often misleading comments in their review, we will always respect them for having stayed with us. We also wish to mention that any comments that can help us improve our property and our service are always taken on board and acted upon, as rightfully these guests also mentioned in their review.
Questa risposta rappresenta l'opinione personale della direzione e non di TripAdvisor LLC
Problemi con questa recensione? Grazie. Apprezziamo molto il tempo che ci hai dedicato.